Prior to his death in the summer of 2021, Larry "Coach" Creger served in the role of Vice President, Business Development & Relationship Manager for Professional Basketball. Larry Creger was the uncle of BFF Financial’s founder Brad Creger. 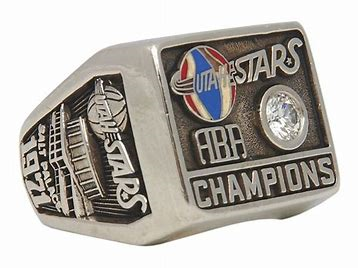 Larry was an assistant coach (under Head Coach Bill Sharman) in the ABA with the Los Angeles Stars beginning in 1968 (which became the Utah Stars in 1970) and later in the NBA for the Los Angeles Lakers. Coach Sharman and Coach Creger led the 1970-71 Utah Stars to an ABA Championship which caught the attention of Jack Kent Cooke. When Bill Sharman left the Stars the following season (1971-72) to become the Head Coach for the Lakers, Sharman asked Larry to follow him to Los Angeles to serve as the assistant coach for the Lakers.

Larry refused to “break his contract” with team owner Bill Daniels and the Stars as he had a few seasons remaining on his contract, and instead Larry opted to join Sharman in Los Angeles with the Lakers beginning with the 1974-75 season. Once in Los Angeles and again coaching with Bill Sharman, Larry served as Sharman’s Assistant Coach (with the Lakers) until Bill was forced to retire from coaching professional basketball due to an extreme case of laryngitis. Unlike in today’s game, back in the ’60’s, ’70’s and early ’80’s each professional basketball team used to have a Head Coach and usually just one Assistant Coach (sometimes two.)

Larry was also instrumental in the drafting & signing of Moses Malone to play for the Utah Stars. Malone was the first-ever high school player drafted to play professional basketball.

The original summer pro league concept was to create an environment for returning players to work on their game as well as to give an opportunity for unsigned players to “show their stuff.” Larry ran the league from the mid 1970’s until he sold it in 1992.

Larry Creger was not affiliated with Centaurus Financial.